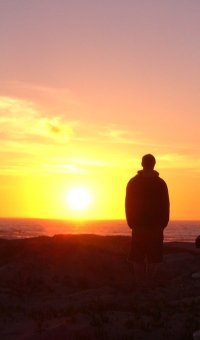 This Saturday we say goodbye to one of our young parishioners, Daniel Burtness, who was killed as a result of a car accident last weekend. Dan was attending Whitworth and was in his first year. Dan–only 18, was a faithful, called, wonderful Christian young man. His call to ministry was obvious.

From my perspective, this is the most difficult situations I have ever been a part of. I have had  a hard time keeping my tears away and my emotions in check. I have been involved in funerals of young kids who died, but almost always, there was some kind of irresponsibility, or an alcohol related accident or mishap.

Not so in Dan’s case. It was just a good kid in a car accident.

It was not to be. The Lord did not answer our prayers.

This was perhaps the most frustrated I have ever been with God. “Has [God’s] loving-kindness come to an end for ever? Has his promise failed for evermore? Has God forgotten to be gracious? Has he…withheld his compassion? And I said, ‘My grief is this: the right hand of the Most High has lost its power'” (Psalm 77:8-10).

The ‘whys’ can never be sufficiently answered. Even if we saw the script from the hand of God, there would be little consolation.

The only consolation I have was expressed by one of Dan’s classmates: ‘Dan is exactly where he wants to be, in the presence of Christ. ‘  Daniel was wired for God in a way that was unusual. He was the budding youth leader who was full of joy and was becoming quite the prankster. He was the gentle warrior, quiet, yet full of unusual depth.

His call has now become a call to the presence of the Lord.  While we mourn and grieve, he fulfills his desires and destiny, to walk directly in the Light of Christ.

And the Lord says, “Come, Daniel, you blessed of my Father, receive the kingdom prepared for you from the beginning of the world.”  Grant this, O merciful Father, through Jesus Christ, our Mediator and Redeemer.

2 thoughts on “A Celebration we don’t want”