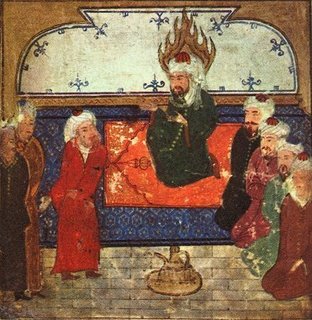 In a recent article in Relevant magazine, some contemporary Christian thinkers were asked 7 important questions, one of which was, “What do you see as the greatest challenge for young Christians in the next 10 years?”

Orthodox author, Frederica Matthewes-Green (she’s a pacifist, by the way) said,
“I am afraid that every Christian is going to be increasingly challenged by violent Islam in ways that will be harder and harder to tacitly ignore. Ironically, much of what Islam hates about America are things that Christians ought to likewise resist: gluttonous consumption, recreational shopping, celebrity culture, trashing of the environment, the trivializing of sex, the sexualizing of children, the killing of unborn children, artificializing women’s bodies, depriving boys and men of a coherent and worthy identity…any belief that being ‘American’ takes precedence over membership in the body of Christ. If we are going to face the threat of death for what we believe (as Christians [faced with Islam] have been doing for 1,300 years in Africa, Asia and the Middle East), let it truly be for what we believe, and not for Angelina Jolie, the ‘4th Meal’ and extra cupholders.”