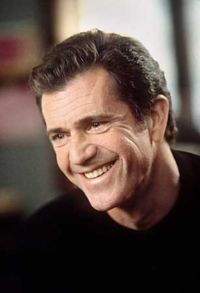 Mel Gibson is one of my heroes. My wife and I had just finished watching We Were Soldiers just days before he dropped his DUI bomb. I have followed his spiritual journey from Lethal Weapon through Signs and, of course, to the Passion.

Bad timing? Couldn’t be worse. While Israel gets bombed by Hezbullah, Mel decides to choke and say horrible things. I really don’t think he is Anti-Semitic. The Passion could not have captured the Jewish spirit better. I studied biblical Hebrew in college and the Aramaic in the Passion could not have been more moving. In fact, it is stunning to hear.

I hope we can pray for Mel Gibson, our brother in Christ. It would be easy to throw him under the bus now, but let’s pray that God and the Jewish community will forgive him.

8 thoughts on “What was he thinking?”