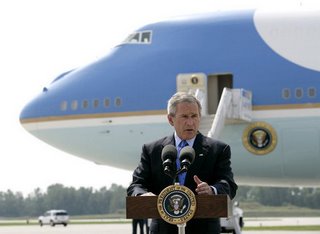 Our Commander in Chief is both loved and hated by folks all over the political spectrum. Why has this President brought out such strong feelings? Other presidents put themselves in wartime situations, some with better results than others. Most of our Presidents have claimed Christian faith. Why does W make conservatives warm and fuzzy and the rest saying, “I never thought I’d miss the Nixon administration?”