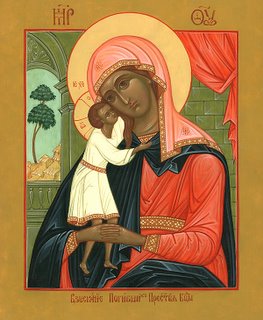 Advent is also a time to reclaim the Mother of God for all Christians. Not a goddess, nor a mere vessel, she is the one who bore the Word. She is like the holy of holies in the Temple–container of the uncontainable God. As the Hymn says:

O higher than the cherubim,
more glorious than the seraphim,
lead their praises,
Alleluia!
Thou bearer of the eternal Word,
most gracious, magnify the Lord, Alleluia, Alleluia…

Thanks be to God that her ‘yes’ made possible our redemption!!