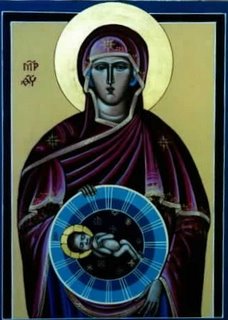 We are coming up on the new year in the Church, the Advent season. It seems somehwere in the 20th century, Montgomery Ward got St. Nick and in the process Advent was taken to the mall as well.

So, instead of self-examination and meditation on the Incarnation and the triumphant second return of Christ, which was Advent’s original purpose (Advent is known as Nativity Lent in some traditions), Advent is not even on the radar screen. Now we go shopping.

Wouldn’t it be something if Christians returned to Advent and brought out, say, Matthew 25 for perusing and contemplation. Perhaps we’d get back to our roots and maybe save our souls in the process.