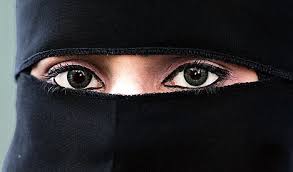 France has mandated by law the Muslim Burqa offensive to French culture.  It is now illegal for a woman to don the traditional Muslim dress in France.  If they are caught they must pay a fine and take a ‘cultural awareness’ class.  We all know the uproar over the Mosque and cultural center being planned two blocks from Ground Zero in New York.

However, Burqas and Mosques are a good thing for Christians. For one, in a radically secular culture that values universal human rights and pluralism above anything else, religious freedom for one will ensure religious liberty for the other.  But the key issue is one of visible, and audible piety.  Should we be offended when a Muslim hears the call of prayer on our soil and prays five times per day?  Should we be intimidated by women in black burqas?  Certainly not on the basis of Western democracy.

What burqas and Mosques should do for the Christian is to provide a deep challenge and a sense of shame that we have a faith that few actually follow.  Would a Christian risk occupation to pray at the set hours of the day (ancient Christians prayed seven times per day)?  No, ‘we can pray anytime’ is the usual argument we hear.

Receive the challenge of Islam.  And pray.  And be salt and light.

3 thoughts on “Why we need Burqas and Mosques”