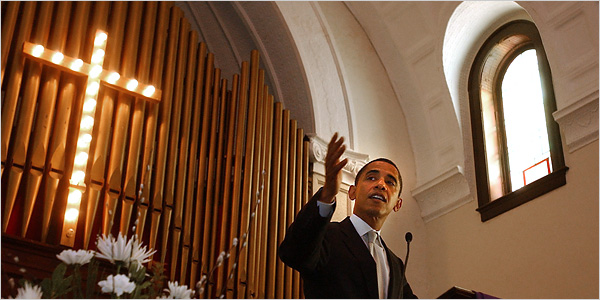 Consider these figures from the Barna group:

Among non-evangelical, born-again Christians, Obama leads 43-31%. This lead among the born again group is particularly significant, Barna notes, because this would represent the “first time in more than two decades that the born again vote has swung toward the Democratic candidate.”

Among Catholics, Obama has opened a wide lead of 39-29%. Among Protestants, Obama also has a resounding lead of 43-34%.

Barna also noted that the “McCain candidacy does not seem to be gaining momentum among evangelicals,” and his support has in fact “declined significantly.”

30 thoughts on “Evangelicals for Obama?”