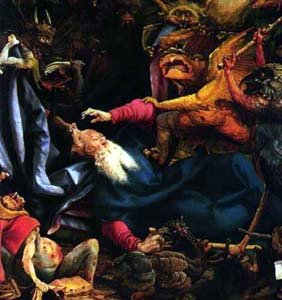 We’ve had some spirited discussion below and some terms have been used that might need clarification. When we say that such and such or so and so are ‘evil’ (i.e. Bush, Islamofascism) what are we talking about? Is evil personal? Is it external? Is it corporate? Is it everyone else but us?

Who decides what is evil and what is not?