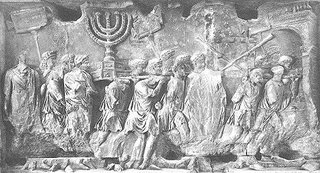 I love the discussion. I asked below what we do as a church when it comes to things like radical Islam. Now to the greater question. Is our goal as the church to be mainstream, to be the ‘winners’ in the culture war? Or are we to be the Christian diaspora, that is the ‘losers’ in the culture war, liminal and on the fringe? In what ways is our citizenship in heaven in conflict with our citizenship in this world–applied directly to the kind of discussion we have been having?

The children of Israel have asked that question throughout their history. (The picture is of Titus sacking the Temple in 70 A.D.)

24 thoughts on “Mainstream or Diaspora?”