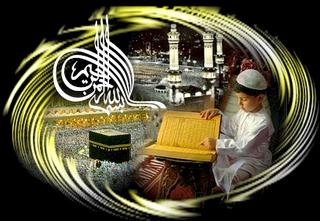 Obviously, this is a serious and hot topic. I was driving by the local Mosque the other day and there is a big sign that says, “Islam practices compassion and tolerance.”

One of my favorite books (written prior to Sept 11) is called “Ecumenical Jihad” by Peter Kreeft. In it, he explores the world religions in a kind of narrative form, being both respectful and true to his Catholic convictions. (Kreeft is a philosopher and apologist) He describes fictionally what Mohammed might say in the afterlife, both commending Mohammed for his desire for ‘submission to God’ and critiquing some of his beliefs. In Kreeft’s book, Mohammed restates positively (as the Koran says negatively) his words, “If Allah had a son, I would be the first to worship him.”

What do we do with Islam? Obviously, we condemn the violence of radical Islam, but Islam is not going away. The population of the West is in serious decline, while Muslims in the West are on the increase.

What makes Westerners attracted to Islam even now after terror bombings and all of the unrest in Iraq and elsewhere?

57 thoughts on “Islam and the West”